Below is a narrative from our honorary member Jeff Jamieson on a recent trip to Tombstone, Arizona. 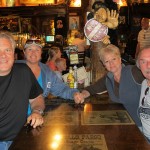 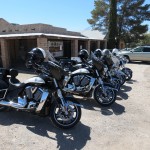 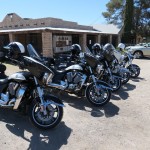 Moments later the ‘Rogue Bikers Appeared,” and confronted me taking pictures of these most “futuristic two wheelers” I’d ever seen, and said “What are you doing mister?” 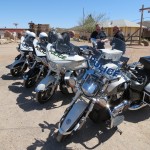 These guys were all different sizes and I was “Stunned” and afraid for me, my family, and my friends. They were very quiet, but did not appear to be very accepting of my questions and photographs. I did over hear one of them say “let’s go get our other forces and return to Tombstone” We were stunned, as to where these “Unmarked Victory Police Motorcycles” came from. 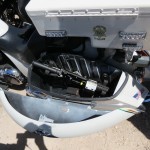 and said “These Cowboys Can’t Compete with us.” This “town is NOT Tough Enough.”  I did not have time to take a picture of a “Rocket Launcher” that was mounted to the “trunk” of one of the other bikes. 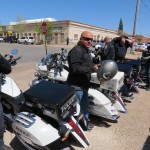 As they mounted up to leave we “quickly and quietly went about our business.” 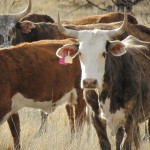 Even the ‘Cattle” were surprised to see these “Bikes.” My family and I sped out of town, and turned off the road in hopes that the “Rogue Bikers” would pass us by. 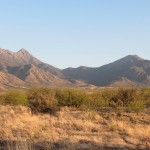 We finally took refuge by the southern rim of the “Santa Rita Mountain Range” and radioed for help!  As they passed by we could swear we heard the banjo music playing from the movie Deliverance.

Later we found out that these mysterious men were from the Victoria B.C. police department, Constable Kenny Fetherston and Sgt. Glen Shiels. I only hope that they are not going to try and overtake the regime in Tombstone. The cowboys in Tombstone don’t take too kindly to foreigners especially from Canada.