Stan and Patti Thibaut needed a break to get away from it all and decided to take a trip to Las Vegas and stay in their time share.  They were supposed to fly but because of a mix-up in their flight reservations they ended up riding their BMW to Las Vegas.  Unbeknownst to the them I was there for a little R & R and to attend my annual Security Convention.  We met up at at the Harley Davidson Cafe for lunch.  Below are a few photos of our lunch. They have the worlds largest and heaviest flag on display in the Cafe.  It is recognized by the Guinness Book of Records. 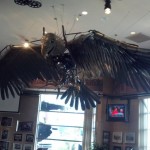 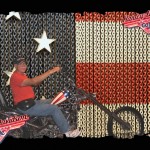 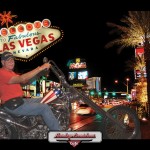 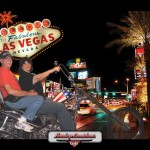 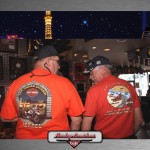 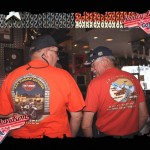 Stan and I both happened to be wearing H-D T – shirts.  Mine was from Israel and Stan’s was from the UAE.  They took a photo f us in our shirts and it would scroll across their photos screen. 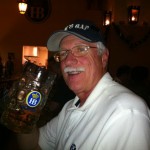 Now this is a Bier 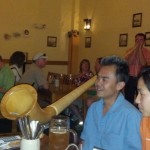 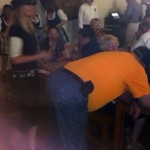 The next night we all decided to go to the HofBräuhaus.  The HofBräuhaus is an exact replica of the one in Munich Germany.  Stan and Patti have been to the one in Munich and can attest to the authenticity.  There was a live band who played all night long.  We enjoyed a varied selections of German food and Bier.  They also offered shots of Jagermeister.  However along with the shots you also got spanked, yes spanked.  From the picture you can only imagine the pain I felt after this was over.

Enjoy some of the photos from our trip.