On Saturday April 18th the IV Annual Brian Terry Memorial Ride was held in Tombstone.  There was a large turnout of fellow LEO’s who came from as far as San Diego and San Clemente California.There were members from Legion Riders, VFW, Usual Suspects, Choir Boys, Hallowed Few, and Hired Guns and of course our Blue Knights AZ IX. Those from our chapter were Randy & Cindy Palmer, Dan Thrasher and yours truly.  Larry Houghland was not able to ride but he did come to Tombstone.

The ride started and ended at the American Legion in Tombstone on Allen Street.  First stop was Chosin Cycles in Huachuca City, Fraternal Order of Eagles in Benson, The Rock Saloon & Brill at the Triangle T Ranch in Draagon, VFW in Pearce, and finally back to Tombstone.  Here are some pictures of the MANY motorcycles that were there. 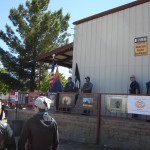 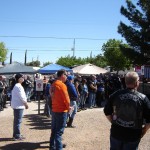 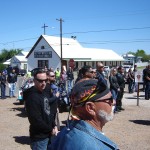 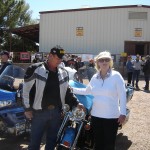 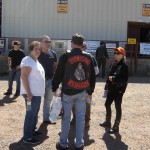 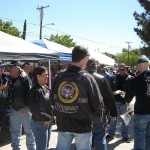 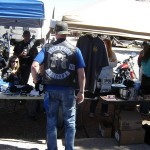 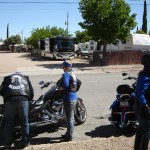 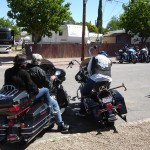 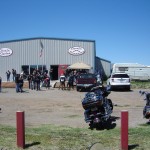 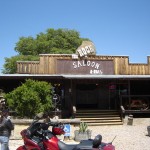 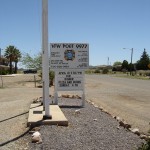