We had a very good turnout this month for our monthly breakfast ride.  We had a total of fourteen members and family for breakfast.  Those who made the ride were; Jim Kneup, Dan Thrasher, Terry, Bill “Rev” Calkins, “John Wayne” McQuay, John Howe, Twan Van Der Sanden, Frank Brunetti, John Falzone, Bruce & Bonnie Distler, Bear & Robi Campbell, and yours truly.  It was good seeing some familiar but old faces who have not made any rides lately.  After breakfast Jim, Bruce, Dan, Bear, John Wayne, and myself headed for a short ride up to Mt. Lemmon.  Several of these guys have never been so it would be a nice ride.  We started out with a balmy 75 degrees.  By the time we reached Ski Valley it was a chilly 52 degrees.  We walked around the area watching the chair lift in operation.  Jim decided to head down the mountain while Dan, Bear, Bruce, and I explored Summerhaven.  After a short ride through Summerhaven we headed back down the mountain toward our respective homes.  Here are a few breakfast photos and some from Mt. Lemmon. 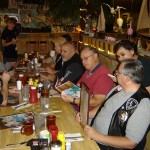 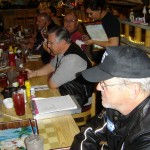 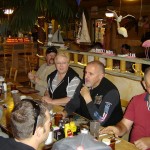 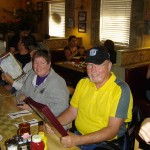 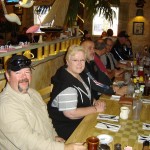 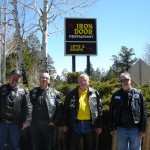 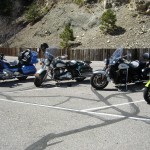