Well we had a great turnout for our August breakfast ride.  It was back at the Vail Steakhouse which is where it will be indefinitely until we come up with another location.  Those who made the ride were: Russ & Jackie Cole, their friends Mike and Tammi Leeper a retired firefighter from Iowa, David & Laurie Vitkus, Frank & Kate Brunetti, Alan Stewart and Susan Wagner, Jeff & Kelly Jamieson, Steve Mathews, Dave Lehman, and his friend Thomas Clark, Terry, and of course our Stan & Patti Thibaut.  Here are a few pictures of those who made the ride. 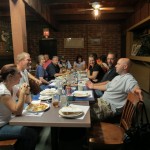 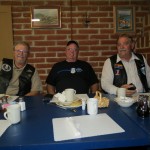 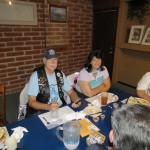 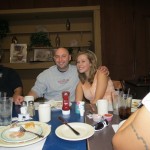 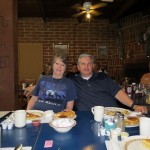 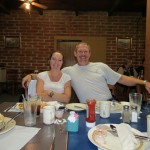 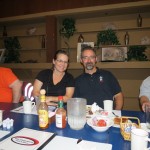 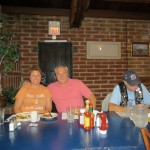 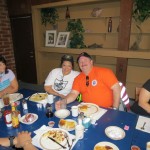