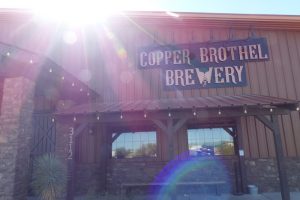 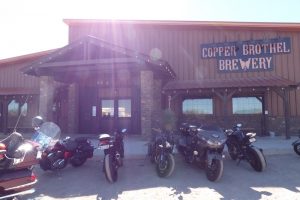 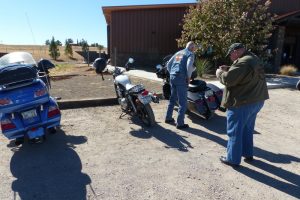 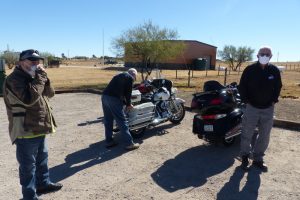 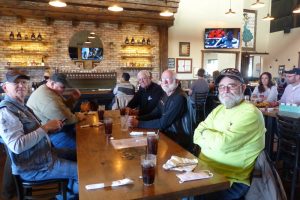 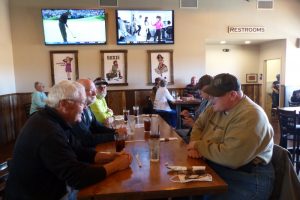 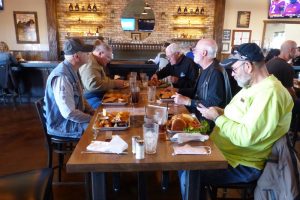 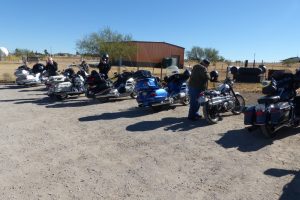 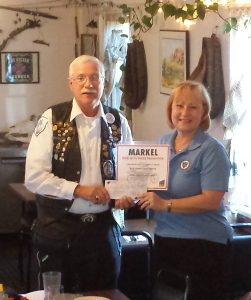 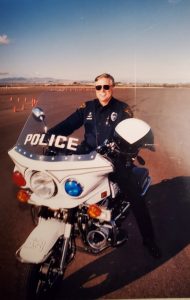 Stan Thibaut was born in Marion, OH on a cold January day in 1948. The family moved to Rochester, NY when he was young and he grew up on Menard Dr. in Rochester. He attend high school in Greece, NY where he graduated in 1966.

He worked for a short time at Eastman Kodak then joined the Irondequoit Police Department. This began his career in a law enforcement. After 3 years of policing the Rochester suburb, he decided he wanted to live in retirement weather while he was young enough to enjoy it. He moved to Tucson in 1974 and began working for the Tucson Police Department. After working patrol and a few other assignments, he was accepted into the solo motor unit. He had been riding his own motorcycle to work and it was love at first ride. The progression of his professional career to Police Motors was a logical path.

He worked solo motors for 17 years. In that time he was instrumental in helping to develop the motors training course for the department as well as standardizing the training for RADAR instruction. He received the Medal of Merit and the Medal of Service for his contributions.

He retired from the department in 1997 after teaching one last motors class. He accepted a position with the Tucson Marshals, a subunit of the police department. He continued providing service to the City of Tucson in this role until a second retirement in 2009.

He was active in his church and helped found Desert Hope Lutheran Church in 2010. Always a willing servant, he participated in the Agua Prieta Shelters ministry, the facilities team and the church leadership counsel.

Retirement offered him the opportunity to spend more time with his motorcycle passion. He earned the Iron Butt designation for riding over 1000 miles in 24 hours. He took trips annually that crossed the country as well as day tripping around southern Arizona. His total life time, recreational riding exceeded 300,000 miles. He belonged to numerous motorcycle organizations including the AMA, Blue Knights AZ IX (founding member), BMW Riders Association, South East Arizona Touring Riders (SEAT), and others.

In June 2011 he began volunteering at the Tucson Wildlife Center. He continued to serve in this capacity until his death.

In his retirement, he rekindled his interest in shooting sports and was a member of the Tucson Rifle Club. While not as enjoyable as motorcycling, the activity gave him the chance to connect and reconnect with like minded friends.

When gathering restrictions are lifted, a Celebration of Life will be held at Desert Hope Lutheran Church, 7474 E. Speedway.

In lieu of flowers, the family is asking for donations to be made in Stan’s name to the 100 Club (https://www.100club.org), Tucson Hearts of Gold (tucsonheartsofgold.org), Agua Prieta Shelters (https://www.Apshelters.org) or the Tucson Wildlife Center (http://tucsonwildlife.com/).

To send flowers to the family or plant a tree in memory of Jack Thibaut, Jr., please visit Tribute Store

Yours truly participated in this years Shriner’s Poker Run held at the American Legion Post 109 on S. Houghton Road.  Unfortunately they are no longer raffling off a Harley as they did in the past when I won a Super Glide in “09”.  However here are a few pics from the days ride. 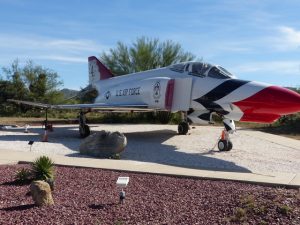 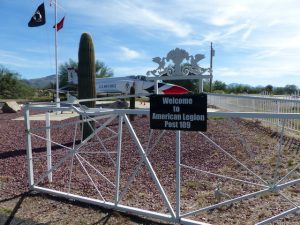 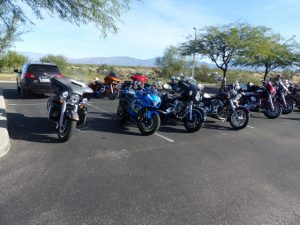 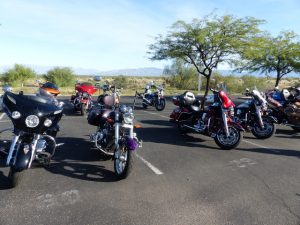 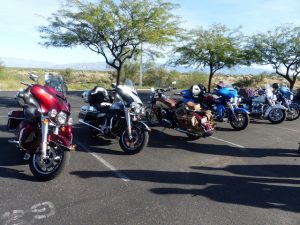 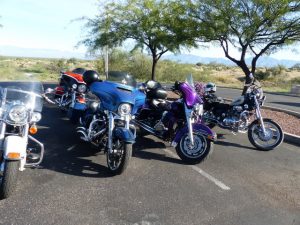 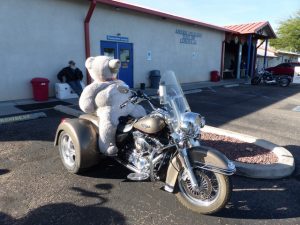 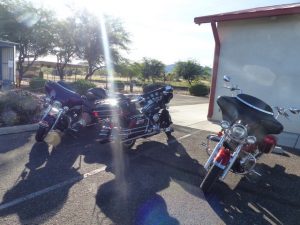 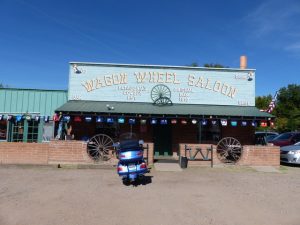 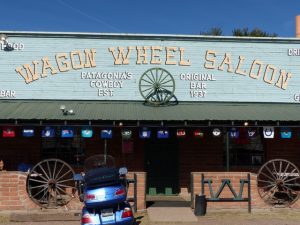 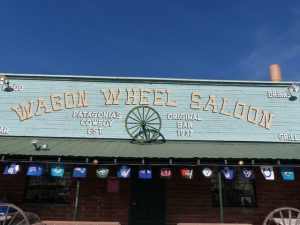 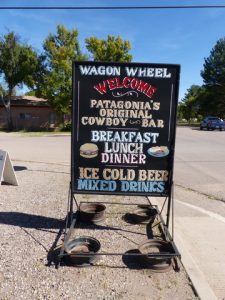 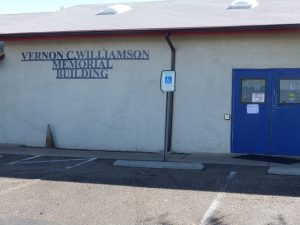 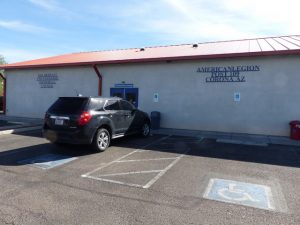 Well we had our monthly dinner ride on Tuesday November 29th.  While there were only eight dinner guests that night we still have some good conversations.  Those who made the ride were Stan & Patti, Frank & Kate, Alan, Mel & Marsha, and finally yours truly. 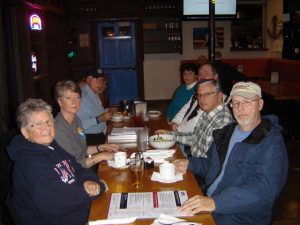 I hope you can make the ride.

Here are a few photos of those who atended the 2016 SWC; Alan Stewart & Susan Wagner, Frank & Kate Brunetti, John Chruscinski, and yours truly. 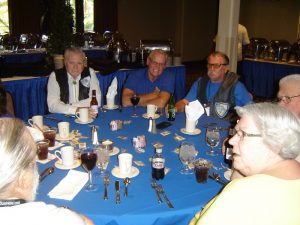 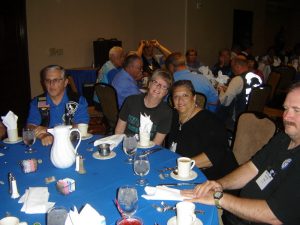 Rich Fancher and his wife Debbie, Norm Nestlerode, John Howe, and Bob Ferrier along with our friend PK O’Neil rode to the International Convention in Reno.  Here are just a few pictures of the boys who rode up together.  I’ve also created and Album in the “Photos” Tab at the top of our Home Page. 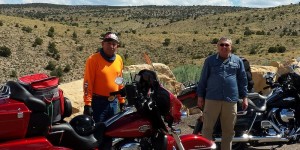 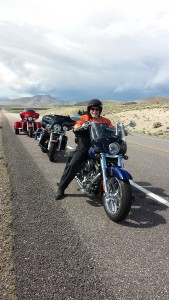 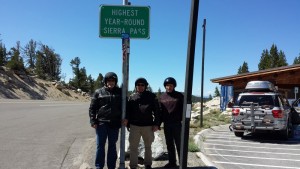 Our monthly dinner ride will be at the Thunder Canyon Brewery in the Foothills Mall, Ina and La Cholla.  Meeting time is 6:30 p.m. Tuesday September 29th.  Hope to see you there.